Just realized that we put this poster/art together two months ago, but that I never tossed it up on the blog (and hence, it’s not showing up on Google), and now has missed the big conjoined casting announcement revealing that Sarah Paulson would play a two-headed/conjoined twin this season, that went out last week. Balls. But here you guys go if you haven’t seen it over on my Facebook page. 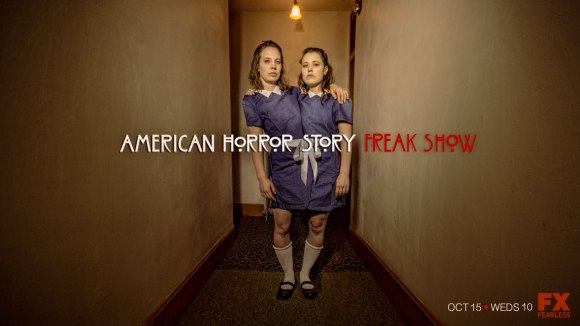 It’s hot outside and my computer is sluggish. But I thought I’d work on some video and photo projects because I’m giddy to start playing with recent investments.

Just a video, playing around with the new camera a bit. Made a quick rough cut of a sample website intro video. Will probably never wind up on the website, but I wanted to have some content to play with. Working on the feel of some upcoming video projects. Getting my head into editing again.

DAY ONE: Vlog One

BOOM! New Vlog Project for the summer. Think I’m gonna call it DAY ONE. Finished final exams yesterday. Graduating on Saturday. Every day after that is the first day. First vlog POSTED!

Back to work on another night of principle photography for Crocotta last night. If you don’t know about the project by now, my buddy AJ, who’s directing the film for his senior thesis, is keeping a running blog over here.

Last night we lit up the forest with a couple floodlights running of a generator, got some more wonderful shots that AJ will likely post in the coming days, and got the cops called on us.

And I shot some vloggity;

And of course, if you haven’t read my short story that started it all, Dreamland Crocotta, you can download it here, for free.

My filmmaker buddy down in Boulder, @TasteLikeApples, (yes, he actually has a name that’s not “my filmmaker buddy.” It’s AJ) is in his final semester in CU’s film program. And in this last semester, he’s required to complete a final project, bringing a project from conception, to script, to production and post. After reading and discussing my short story, Dreamland Crocotta, he decided that this would be an exciting project to adapt for the screen, and being a photography enthusiast and amateur filmmaker myself, I agreed.

Last semester he tooled around with the script, which is now in its later stages of the first draft, with various other forms of pre-production starting to fall into place. I’ll likely be Director of Photography and writerly consultant. The project is going to move fast, but I’m super pumped.

Indeed though this is an amateur film school project, I know that AJ brings the technical and artistic knowhow to the project to make this thing not only professional and tasteful, but a work of art that seeks to compliment and serve the story itself. The movie is called Crocotta.

If you want to follow AJ through the next five months of work on the project, he’ll be updating regularly at http://ajstreet4500.wordpress.com/. Drop in, give him some love and support, and watch this project bloom! I’m sure I’ll be posting regular updates here as well.

And if you haven’t read the story yet, and would like to, it’s free over at http://www.smashwords.com/books/view/20276.

And this is a vlog he did for the Saint Baldrick’s Foundation. If you’re interested in making a donation, the link is here; http://www.stbaldricks.org/participants/AJStreet

Aaaaand this is a video of a guy in a zebra costume dancing in his yard.

You probably thought that Zebra was alive.

As an artist, I've found that there's an indistinct line between the supernatural and creative practice, and that the deeper I delve with each passion presses further into a darker corner, into an unknown to find, if I'm lucky, a meaning, a pair of eyes looking back out at me.

Be it on a Saturday night in a musty basement or between the pages of a new novel. This is where I share what I've found.